When I started ATA 30 years ago, it was with the vision to network all of the Northern New England small and medium sized transit agencies together to make the process of transit advertising easier and the offerings more consistent. By creating this network, companies and media buyers could now make one call to buy a single market, a region, or whole states at a time.

The processes and procedures have become increasingly streamlined over the last three decades. But I wanted to take a moment to reflect and have a giggle over what it was like back then.

In the early 90’s, email was not the go-to form of communication. The majority of my time was spent on the phone or in customers offices. Yep, contracts were signed with a pen and a handshake or via USPS back and forth. If you really needed to speed things up, there was the handy fax machine.

Rate cards were mailed out along with friendly introductions typed on letterhead. There were no PDFs and Google links to information.

When traveling from appointment to appointment in New Hampshire or Maine, I had to bring along my boat anchor of a bag phone and leave plenty of time between appointments to make sure I could find the next address. There was no calm computer voice telling me when to make a right or a left.

I had to add an 800 number to my New Hampshire business headquarters because I quickly discovered that my Maine customers would never call me back. Why? Because it was a 603 area code and it was considered a long distance call. No unlimited data and calling plans back then.

There was no inventory software in existence. We kept track of inventory in pencil on sheets of paper attached to clipboards which were always covered in bus garage dust and grime.

Not only did I sell transit advertising during the week, I spent most every weekend in those transit garages changing out the signs. By 1998, I was changing out signs with a baby packed on my back. My now grown sons are reminded of this when they complain that something is “too hard.” It’s my version of “I had to walk to school uphill both ways.” But it’s 100% truth.

Instead of today’s digital printing method utilizing direct-apply vinyl, bus signs were held in frames and still being screen printed, which meant there was a charge for each color on a sign and full color signs were very expensive to produce.  Proof of performance and beauty shots of installed signs moving around the city were taken with a camera that required film.  Once the film was developed, customers were mailed photographs tucked away in thank you notes. This whole process could take a week or two as opposed to clients receiving emailed POP’s within 24 hours of install nowadays.

In 1993, ATA was the first to introduce a fully wrapped bus north of Boston. It was produced by an outfit out of Florida that used a printing method essentially airbrushing images onto vinyl. Great memory of rolling out this massive, impactful 40ft. advertisement. Horrible memory when we went to de-install. We had discovered that the company (no longer available) had used boat shellac to make sure the edges stayed sealed.  It took a team of ten friends and family members about five days to remove the vinyl off of the bus — a quarter inch strip at a time. We all had blistered nubs for fingers by the end of it.

Thankfully, the printing and the wrap process has improved significantly. Full and partially wrapped buses pack an impressive punch as they amble along through the city centers in every market that ATA represents. In both Maine and Vermont, where traditional billboards are not allowed, our 40ft. moving billboards have always been key components of outdoor advertising campaigns.

The one thing that hasn’t changed in 30 years is the reason why advertisers choose out of home advertising. Buses, billboards and bus shelters are purchased to reach the largest concentrations of people out and about on their way to work, shop, dine, and vacation. Sure, the industry is trying to get fancy with measuring the angle at which an ad is seen and figuring out viewer demographics and habits via pings from cell phones. But the overarching reason for buying outdoor advertising remains the same. Reaching as many people as possible, affordably, with great frequency.

The thirty years of relationships formed; the dozens of public-private partnerships forged; the millions of dollars raised to offset costs of public transportation; the careers that have been created; the innovations that have been implemented; and the funny stories remembered along the way, has made the growth of ATA Outdoor an amazing journey. It has been a heck of a ride, but I wouldn’t have traded it for the world. 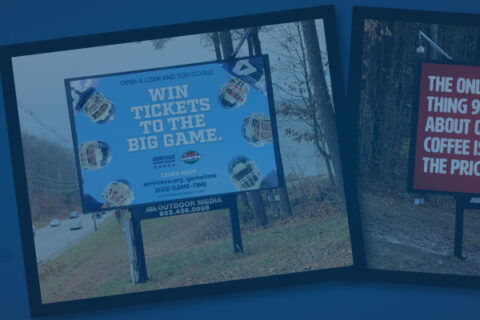 Digital billboards are a game-changer in the out-of-home advertising industry. They allow for unprecedented flexibility, vibrancy and real time… 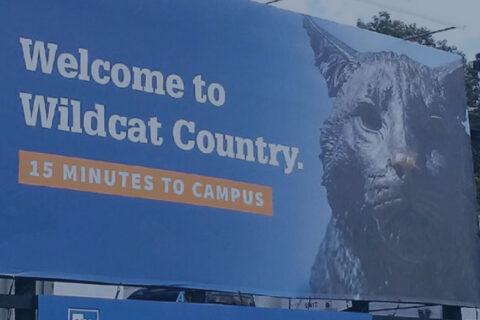 You’ve got BIG ideas, great products or services and need to communicate them to the world. Using Out-of-Home advertising (OOH) cuts through the…

Get Your Outdoor Advertising Quote Today

Get a Quote
Back to the top