At ATA, we’re often asked what the benefits are of choosing outdoor advertising compared to other forms of media (print, radio, television, etc.). To help media planners understand the merits of Out-of-Home (OOH) advertising, we’ve compiled the following “Top 10” list on why it makes sense to consider outdoor when developing your marketing budget:

10. Media Mix Reinforcement – As a general rule of advertising, the average consumer needs to see something at least 10 times before they take a call to action. Billboards, transit, and bus shelter advertising enable companies to complement their investment in digital, print, and radio with a consistent marketing message that will be viewed multiple times and has the ability to reach an entire region.

9. Eyes on the Road – Unlike a radio or television advertisement, with outdoor advertising, the audience can’t simply change the channel. Whether your targeting morning commuters or pedestrian traffic in a densely populated area, when people are on the move they are typically more aware of their surroundings and pay attention to advertising in their field of vision.

8. Total Market Reach – One of the primary benefits of transit advertising is that you get complete market coverage even with a single exterior bus advertisement. Typically transit advertising is not route-specific for the simple reason that transit managers need to level out the amount of route-miles buses travel each day. This means that over the course of a 4-week advertising period, your ad will likely be seen across every corner of a transit system’s footprint.

7. The Benefit of a Blank Canvas – Each form of outdoor advertising (transit, billboards, bus shelters, etc.) is unique in the sense that advertisers have the ability to use the space in unorthodox ways that can be extremely eye-catching to the viewer.

6. Supports Community Transit Systems – While the goal of any advertising campaign is to improve a company’s bottom line, for values-driven and community-minded organizations one of the main benefits of transit and bus shelter advertising is that the majority of ad revenue produced is funneled directly back into publicly-funded transit systems to support their primary mission of getting people from A to B.

5. Transit Advertising: A Low-Cost Mobile Billboard – Looking to reach a broad segment of the population with an eye-popping message that won’t break the bank? Transit advertising is a great way to drive up brand awareness and recognition, especially in billboard-free states like Maine and Vermont.

4. Billboards: People see them morning, noon, and night – If you know your target demographic is situated in a confined geographical radius, there is no better way to get their attention than by advertising on a billboard along a major roadway. One of the primary benefits of billboards is that they’re always on, 24 hours a day, 365 days a year.

2. More Value for Your Money – The cost per thousand impressions (CPM) for outdoor advertising ranges from 6 cents to $8.99. When stacked up against other forms of advertising media that start at $8.99/thousand and can get as high as $58.00/thousand, it is easy to see why out-of-home (OOH) is considered high value at low cost. 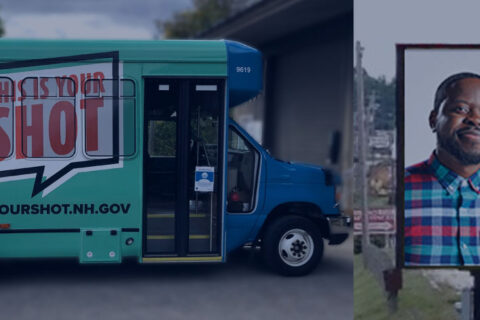 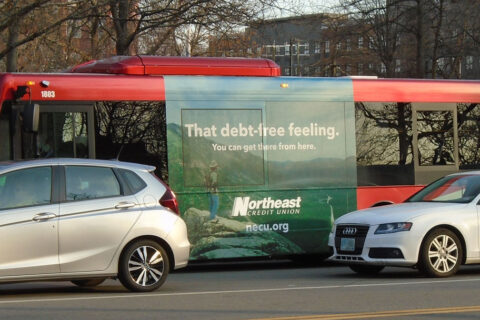 In our digital world, we are used to lightning-fast speeds of information emblazoned onto our faces daily. We consume so much content from our…

Get Your Outdoor Advertising Quote Today

Get a Quote
Back to the top